FIVE Libyan students whose Armidale home in NSW was broken into last month say they are the latest victims in a series of break-ins targeted at international students in the neighbourhood. Nicholas Wagstaff reports. 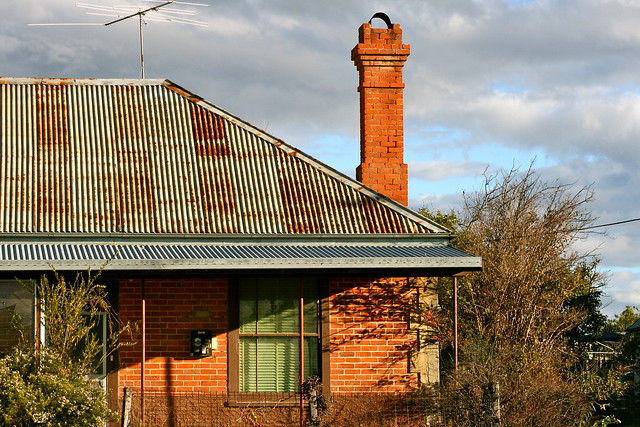 International students say there has been a spike in the number of break-ins since 2011. Photo: Allison Cornford via Flickr, http://www.flickr.com/photos/acornford/7498751404/

Five Libyan students whose Armidale home in New South Wales was broken into last month, say they are the latest victims in a series of break-ins targeted at international students in the neighbourhood.

The students, studying at the nearby University of New England, have also accused police for being slow to respond because they were international students.

One of the students, Suliman Elnaas, said the incident occurred around 9.20pm on Saturday March 16. He said a window had been smashed, allowing the thief to enter.

Mr Elnaas said the students alerted Armidale police at 10.20pm, but “they came too late and they have not helped us as we expected because we are international students”.

The students decided to take matters into their own hands, trawling the neighbourhood for the missing car.

“When we looked for our car we found it at 3am by ourselves. Unfortunately, we did not find the car’s key, which might cost too much money to replace,” Mr. Elnaas said.

“I asked the police to ask people in the area if they had seen anyone park the car there but they never did.”

The following morning, the students managed to track down the location of one of their missing phones using the Find My iPhone app.

“We found the address and house number where the iPhone has been used and immediately we went to police station and explained what we found,” Mr Elnaas said.

Mr Elnaas said the police went to the address but only entered the house hours later, but were unable to turn up any of their lost possessions.

We have it at the forefront of our minds that we give all the services we can to the international students. – Armidale police inspector Roger Best

Armidale police inspector Roger Best said the police was doing their best to serve international students in the community.

“The University of New England here in Armidale is a wonderful resource for our town and the police are acutely aware of how important it is to the town and how important the good name of the university is internationally,” Insp Best said.

“We have it at the forefront of our minds that we give all the services we can to the international students.”

Other incidents in the area

Mazz Alismail, a Saudi Arabian student at the University of New England also living in Armidale, said stories of break-ins had become increasingly common since 2011.

Mr Alismail’s own home had been broken into late last year.

When asked if he felt international students were being targeted, Mr. Alismail said he knew of “at least five other people from my country (whose homes) have been broken into.”

But Insp Best said the prevalence of break-ins might have more to do with location.

“There’s an area of the university which is adjacent to some lower socio-economic housing areas, and we know historically that just because of the proximity of those places they are targeted. However, at the same time when those places are targeted other areas have been targeted also,” Insp Best said.

He added a spike in break-ins could also sometimes be attributed to just a few individuals.

He said offenders typically had a history of drug addiction, and steal in order to keep up their habit.

“There’s a fellow that we put in jail at the beginning of the year that had been doing a large number of break and enters. He was an ice addict and he was simply breaking into houses and stealing whatever he could just to support his habit, and he was not going to stop until he was arrested, which was exactly what happened,” Insp Best said.

“Finally he was put into jail and there was a drop in the amount of break and enters. That’s typically how it has gone for a number of years. It’s the sort of offence where an individual can have a massive impact.”

“It is a notion of what we call ‘target hardening,’ making yourself a more difficult prospect to steal from,” Insp Best said.

“It’s a matter of taking some care to place valuable items out of sight so that they can’t simply walk past a window, look in and see items of value that catch their eye and making sure that doors are locked.”