Growing up in Southeast Asia, filmmaker Perry Lam was raised in Woodlands, a working-class area of northern Singapore. His childhood consisted primarily of 80s and 90s action classics from his father’s movie collection. Yet despite a deep immersion into the world of films at an early age, it wasn’t until he saw Christopher Nolan’s comic book epic The Dark Knight on opening day in 2008 that Lam decided to pick up a camera.

“I did a Batman fan film,” Lam said in an e-mail interview with Meld.

“It was such a rookie attempt, quite hilarious actually, and I will probably never share it online ever.”

Lam caught a bug shooting the fan-made short with his friends. Realising he had a passion for the movies, the Singaporean moved to Sydney in 2014 where be began studying filmmaking at Macquarie University. As a former international student, Lam was motivated by a desire to make the most out of this opportunity. He intensely dedicated his life, day and night, to his studies.

“It sounds nerdy and obsessive but that was the price I had to pay in order for me to hone my craft and be good at what I do,” Lam said.

He cited his time at Macquarie University as a rewarding experience and also acknowledged his residency in Sydney was beneficial to his growth as a filmmaker. Despite the initial culture shock, Lam found himself fitting in very quickly. Between spending long nights staring at lecture notes and books, waking up early to go to work and being buried in films and readings, he dedicated his every move in the new city to advancing his skills as a filmmaker. 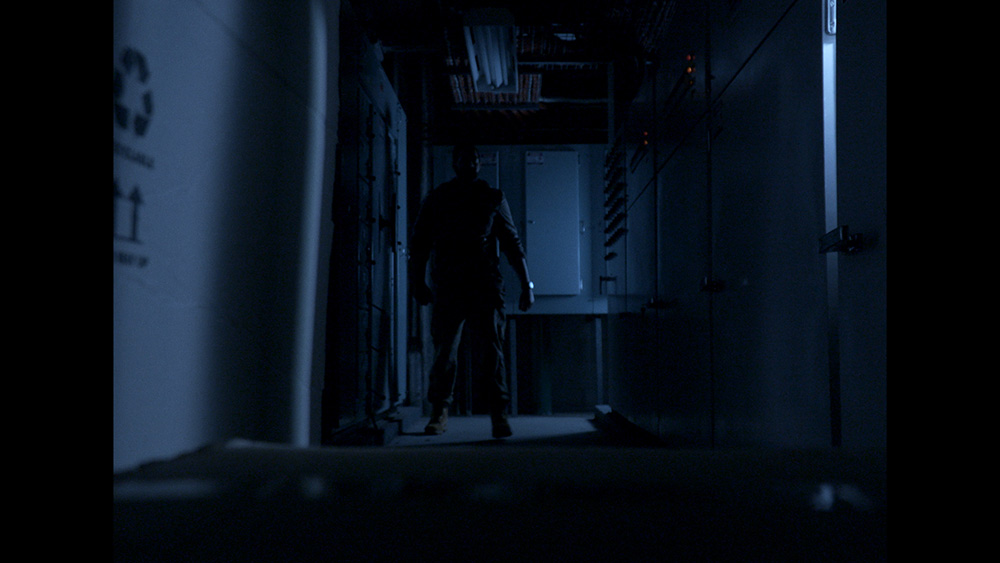 His newest project is Tony, a sci-fi short inspired by “the millennial living experience”. The film is currently being entered into festivals in Australia and around the world.

“Tony is a taut, suspenseful look into modern society through the lens of a millenial. As millenials, we are never ever good enough and we are always seen as replaceable,” Lam explained.

“Which is why I feel Tony is relevant. Like [the character] Tony, we are constantly told to focus on our job, doing it over and over again. But we never move beyond what we do, whether it is hitting a button for 12 hours or typing on a keyboard and sending e-mails for eight.”

His short is inspired by similar films in the sci-fi and thriller genres – Blade Runner (1982), Panic Room (2003), and High and Low (1963) are among the films Lam cited as cinematic influences on Tony. His research and preparation marked only the first six months of his exhaustive two-year production schedule.

The following eighteen months were spent with his cast and crew, planning, storyboarding and preparing for production. This process is one of Lam’s favourite parts of filmmaking.

“I am extremely grateful for the chance to work with such a talented cast and crew, all of [whom] brought their ‘A’ game for Tony. I spent a lot of the time on set slack-jawed, marvelling at everyone’s work and what they added to the project,” he said.

Lam firmly believes the success of Tony is owed to his team. With every role and position filled by someone at the peak of their skill and creative powers, he strongly feels he and his team have executed a suspenseful and culturally relevant piece of science fiction.

Although Tony is currently making its way around festivals on festival run, the work for Lam hasn’t stopped. He continues to promote his work actively online and refuses to let the efforts of both cast and crew to be left on the shelf. He enjoys interacting with his audience on social media and finds it a privilege to be able to have people join them on his filmmaking journey.

With dreams of building a cinematic universe of short films and with plenty of success fuelling his future, Tony is only just the beginning for Lam.

“The best part is, there is still a lot of work to be done, and I am excited about where my skills and career will take me. I would love to keep doing what I do for as long as possible. I am having too much fun!”

For more information on what secret cinematic marvels Lam is working on next, or if you want to work with Lam on the next big award winner, find his contact information below.