The annual Tertiary Scholarship Fund awards night has come around and granted 10 deserving students cash scholarships that will help them better their education and community efforts.

This year saw a huge spike in the quality of student applicants. They came from all different backgrounds, some from stem and others from the arts.

Professor Guosheng Chen from RMIT University, one of the honorary judges who has been involved with TSF for many years now stated, “Our community is so strong and inspirational.” True enough, if there was one sentiment that everyone left with it would be that they were inspired.

For 14 years now, the TSF foundation have been giving back to students through these scholarships. What sets them apart, however, is their emphasis not only on academic excellence but also community contributions.

Eve Smolinska from RMIT University was awarded first prize within the excellence award category which was no surprise as she achieved an almost perfect GPA in civil engineering while also giving back through starting a female STEM club in her university and participating in outreach programs.

Using the scholarship funds, she hopes to travel to Hanoi, Vietnam on the program to create more impact as an engineer.

“One of the reasons I started studying as a civil engineer is to have a positive impact on the world and sustainability, and the money will help me take part in the trips.” She explains. 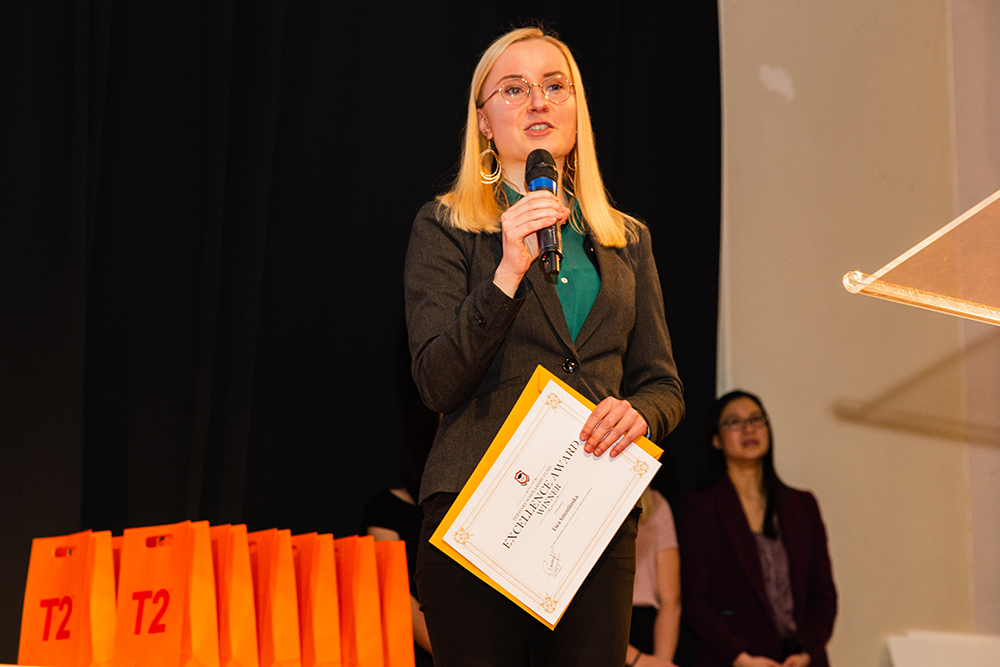 Not only is she looking to make a change overseas but also in her local communities. In her university, Eve founded and runs Females in RMIT Engineering (FIRE) to lift women in engineering, who are minorities in their male-dominated course.

“We started FIRE to bring engineering students together, bring women opportunities to network to socialise but also bring them job growth opportunities – anything from soft skill development to technical knowledge, from discussion panels to actual office tours so they get that first-hand experience on what engineering entails,” Eve passionately states.

Through this club, Eve and her team organises events weekly, hoping to bring the community closer. Having experienced being a female in STEM herself, she wants others to have the community support they need.

Winning a TSF scholarship isn’t all about the money for her but also a nice recognition of her efforts.

“It’s a good opportunity to say thank you to students who have offered their time and not that it’s expected but it’s a good give back and for students to feel appreciated.”

“Just seeing the spark in people’s eyes when they’re presenting the awards, when you find out about opportunities like this and you get into the interview and see that the things that you stand for are actually the important things in industry that the interviewees see as valuable which makes you just 100% more sure about what you’re doing,” she adds. 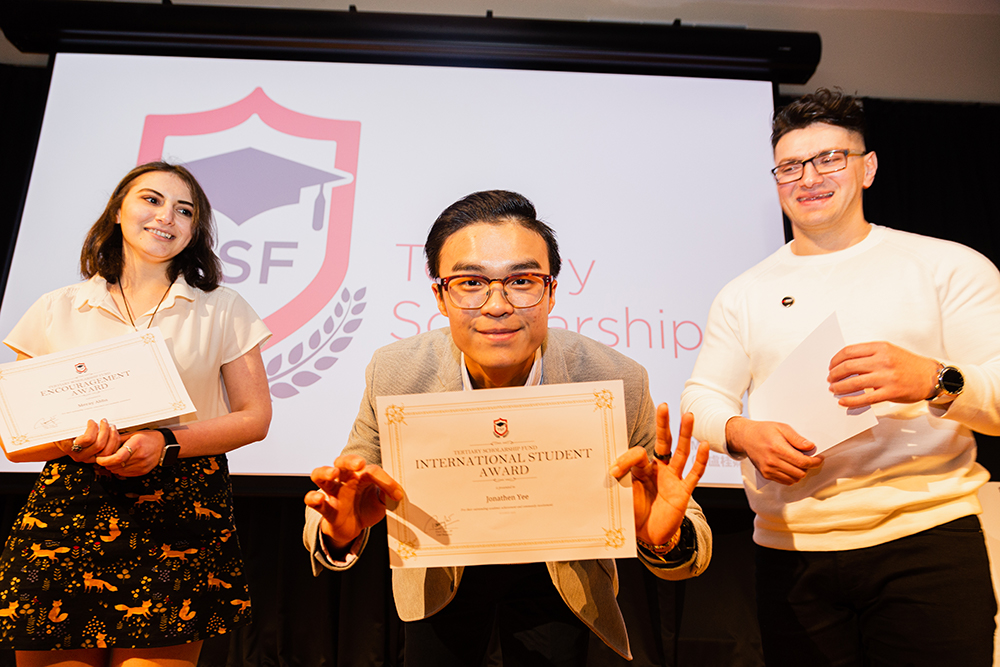 In a similar vein, Jonathen Yee winner of the International Student Award values not only academic excellence but the time and effort spent on community contributions.

“Something that really stuck with me from the interview, basically what this whole scholarship is built upon- is not just academic excellence but community service,” he explains.

“It’s good to excel at something but it can’t be the only thing that makes up the meat of your effort and a big part of it is you can achieve all the HDs you want but at the end of the day what’s gonna really fulfill you is knowing that you can die tomorrow and if you die tomorrow you contributed something- you’ve left your mark.”

Jonathen is studying to become a Chiropractor but works at Coles part-time. It is during his work that he started talking to homeless individuals in front of the store. Although many including himself are quick to judge, speaking to these people was a wake-up call to the stories that often go unheard- stories of people befalling unfortunate circumstances but not for the lack of trying their best.

“There’s a lot of hurt that we don’t see and we are in a rush to make judgement on and the way we can repay kindness is to pay a bit more attention, not with money but with your time and energy,” he states.

Despite his calm and confident demeanour, Jonathen is actually at the start of his university career. Although happy to have been the recipient of an award, he admits to having a lot of doubt about applying and seeking help from his father.

He credits much of his success to this very bit of comforting advice.

With the money he receives from the TSP scholarship, Jonathen stated from the start in his application that he plans to donate it to a charity of his choice- the United Nations High Commissioner for Refugees (UNHCR).

“I’ve been approached by them but not being 21, I couldn’t actually donate through their official site but what I can do is donate anonymously and publicly and that’s something I’d like to do because even a small contribution it’s enough to impact someone’s life,” Jonathen says.

He also believes that students can create impact no matter how small or big just by paying more attention to the world around them. However, he assures us, “And no, you don’t need to be Steve Jobs or build anything big, regardless you still leave your mark in the world.”