When COVID-19 completely changed how we go about our daily activities, many movie buffs probably assumed that film festivals wouldn’t be back for quite some time. We were wrong. Now most festivals run online, and while nothing can replace the cinema experience, we still get to enjoy movies – even when going to the cinema is not an option.

Transitions Film Festival – the only Australian festival showcasing documentaries about various relevant issues of our time – has returned online too. This year, you won’t be able to participate in a lovely afterparty at Cinema Nova, but you are able to screen the films in any Australian city or town! Tatiana from the Meld team decided to check out the documentary Youth On Strike!

The film follows twelve Australian school students who organised – you guessed it – a nationwide strike to express young people’s frustration at the lack of action on climate change. The strike took place way back in March 2019, long before we had to adhere to social distancing, and it attracted more than 150,000 people. But the documentary offers us glimpses of the students’ everyday lives and surprisingly mundane problems surrounding such a major campaign. It is composed entirely of videos filmed by the students themselves. By the end of it, we seem to know them as if we were studying together.

It’s fascinating and inspiring to witness their passion. At the same time, it’s important to acknowledge that, as international students, we often only learn about the true scale of climate change after coming to Australia. Even then it might seem that letting a protest take precedence over one’s studies is reckless. If anything, we’re used to letting studies take precedence over our own wellbeing. Unlike us, local students can legally hold protests (we can’t), but organising them still requires an enormous amount of time and energy.

Youth On Strike! doesn’t sideline the issue. The documentary reveals that juggling homework and preparations for a strike takes its toll. However, young people maintain that both are equally important for our generation’s future. As the students in the film put it, “no matter where you live, no matter what kind of privilege you have, it’s going to affect every single person.” “Knowledge is power,” but they “have to act now.” 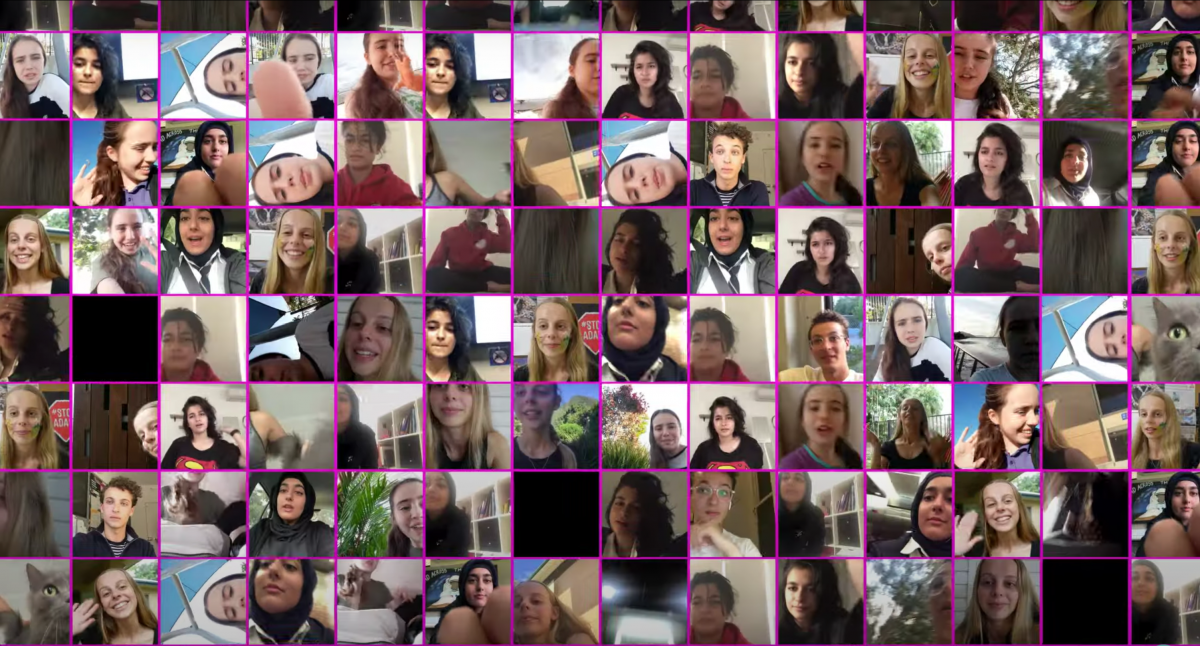 Our hands aren’t completely tied either. A strike isn’t the only way to deal with climate change. We can continue to educate ourselves, and we can all become a little more environmentally conscious. Of course, if you’d like to learn more about climate crisis, you might want to check out other documentaries first. From Now to Once You Know, Transitions Film Festival offers a variety of movies about this issue to satiate anyone’s curiosity. But while Youth On Strike! is less educational, it’s doing an equally important job by giving the voice to young people.

The students organising a strike are a diverse bunch too. They come from different backgrounds, practice different religions, hold different political beliefs. Whether a young Aussie student raised in a small town, a Muslim student from Adelaide or a student who came to Australia from Saudi Arabia, they all share a common goal. There’s a great sense of camaraderie among them – the feeling undoubtedly familiar to international students supporting each other. By letting those students control their own narrative, Youth On Strike! further empowers them.

It might be somewhat ironic to watch the film about a large strike in the comfort of one’s own home. At the same time, Youth On Strike! is taken from the small screen and is (maybe) designed for the small screen. The students are talking directly to their audience, to us, and they want to engage our attention. In other words, the film is perfect for this year’s festival: it makes the festival’s program more personal as well as relevant while the festival lends it much-needed prestige.

The documentary deals with one of the most polarised subject matter, but it manages to remain optimistic. Climate crisis is looming, but it can still be prevented, and it is our generation’s job to do so. Even if we aren’t always listened to, we’ll continue making our voices heard until we are.

You can buy tickets to Youth On Strike! and numerous other documentaries on the official website of Transitions Film Festival (February 26 – March 15).