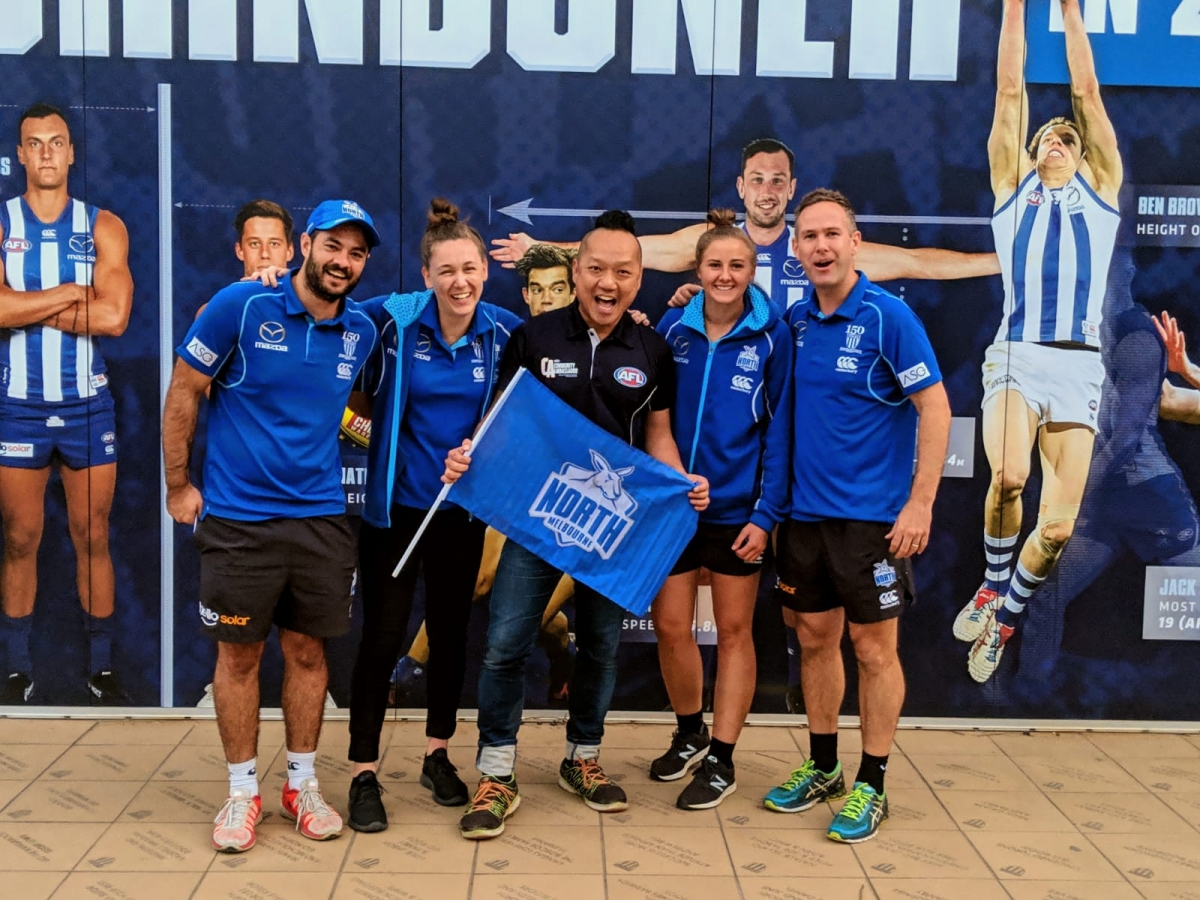 Over 150 students from diverse cultural backgrounds and nationalities including international students gathered together at Arden St Oval on April 13th. As the cool winds blew, the crowd assembled at the Oval to have a taste the exhilaration of Australia’s national sport – the Australian Football League (AFL).

More affectionately known as footy, it is a sport that was first founded in 1858 which has swept the nation since then. So it’s no surprise that this infectious love for the sport has spread to international communities in Melbourne as well.

I was fortunate enough to be given the chance to attend the North Melbourne Football Club’s (NMFC) “Welcome to AFL” session. It is an annual affair that invites new communities to learn the history, rules and the skills of Australian Rules Football; which includes groups such as migrants, refugees, people seeking asylum and international students.

Before the event formally began, participants were given the opportunity to have hands-on contact with official AFL  game balls. Majority of the participants were older but international students were also present. The crowd was not only multicultural but diverse in demographic as well. 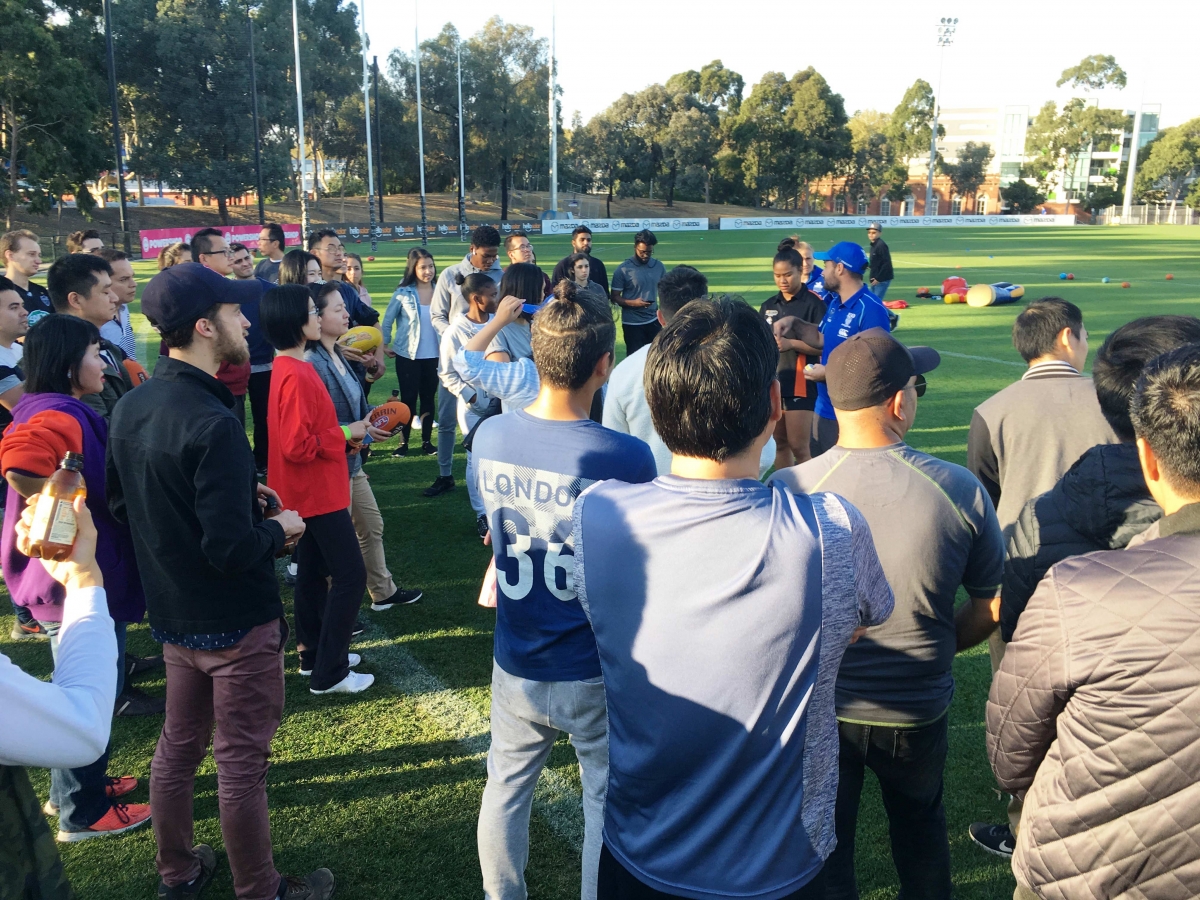 In a statement given by NMFC’s general manager of community engagement, Cameron McLeod, he said that these sessions were conceived in a bid to spread awareness of the sport amongst the multicultural Melbourne populace. To do so, not only does the club give out free AFL game tickets to instill interest, but it goes one step further by inviting these potential fans to have a firsthand experience on how the sport is played.

The crowd was separated into smaller groups of four. Two of them stayed back on the oval, where instructors came and taught them the basics of AFL such as learning how to pass the ball, kicking it and bouncing it while running. They kept it easy and it was not too physically straining since they had to cater to everyone’s capabilities.

One of the other groups was then treated to a video showcase of the AFL’s history, followed by a quick summary of what modern AFL is like and stands for. Led by the organiser of the event, this particular session was a purely informative one. Designed to be a crash course on the AFL, it aimed to educate newcomers on the rules of the game while also fostering their pride for the sport into the participants. 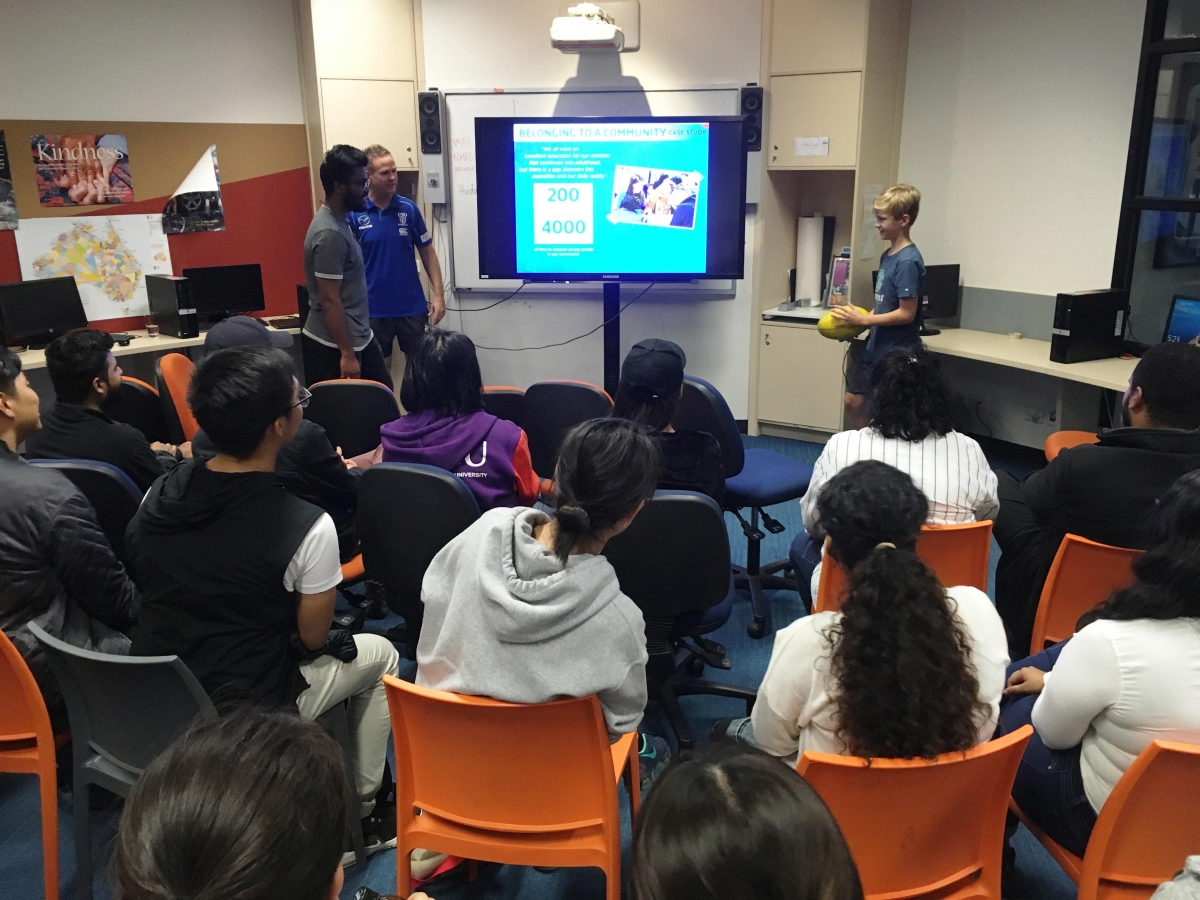 Last but not least, the final group was brought to ‘The Huddle’, which is NMFC’s very own community hub. There, participants were presented with the work that NMFC had done for their surrounding community. They were also invited to take part in future events as either a volunteer or a potential employee, be it in other community work or even AFL related job scopes. NMFC ensures to create a welcoming environment for any and all people to join and take part in.

This embracing atmosphere carries over to the event’s participants as well. Wide smiles hung from their faces as the occasion drew to a close, with everyone all warmed up and ready for their viewing of an official AFL game at Marvel Stadium that night.

I had the pleasure of interviewing some participants after the event, most notably three Japanese masters’ students – Kyong Sun, Yuki and Tsubasa. They first heard of the event through their tutor, who had encouraged them to pick up the sport in order to learn more about Australian culture. So, as the day went on, the girls got their hands dirty and shirts dirtier but they assured me that it was worth it and they were having a great time.

Yet when it came to whether they would do it again, it was a collective “no”. Though the time spent there was exhilarating, they found it a tad too physically demanding to play the sport on a consistent basis. 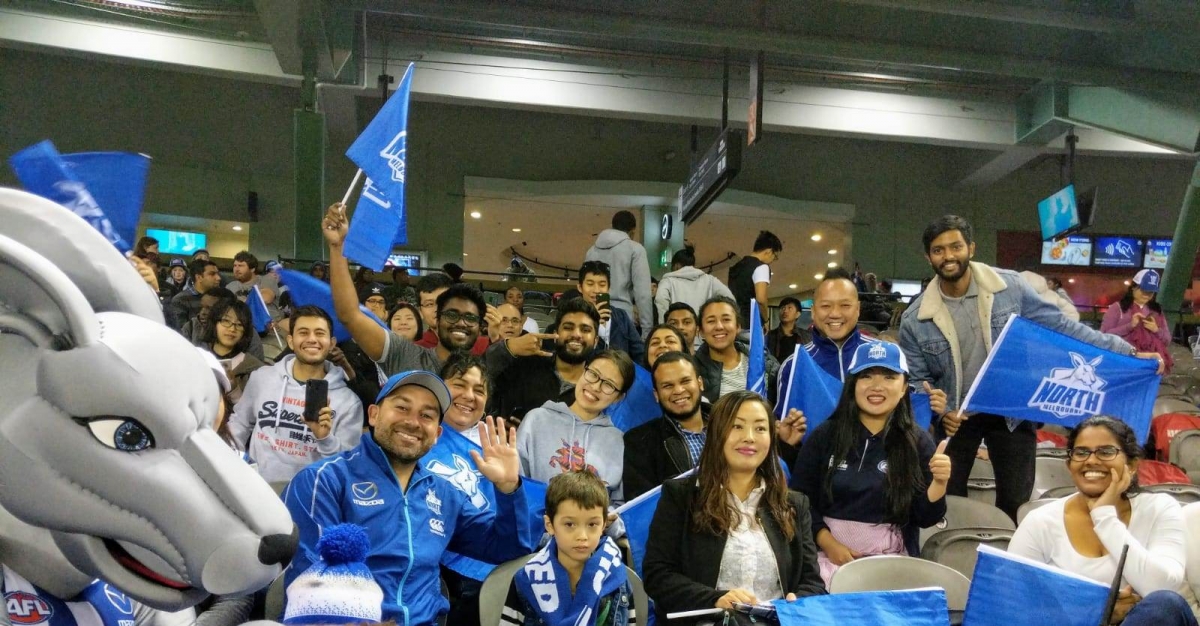 As the day ended, the group got together for a group photo, where I got to get a good look at everyone whom had participated. There were people of Chinese, Black, Caucasian and Aboriginal descent; all of them equipped with a smile on their face as they shouted out the name of the club for their picture. To them, AFL was no longer an Australian national sport, but a collective sport instead. While not everyone here wanted to play, they were still interested in watching the sport and a total of 250 students watched their very first footy game together.