*The name of our interviewee has been changed as she wishes to remain anonymous.

Ever been approached on the streets by normal people asking seemingly innocent questions for a “survey”, without any specification or note-taking? Chances are, they were cult recruiters.

Cults are, in short, a system of religious veneration and devotion directed towards a particular figure.

Most of us think we have a clear idea of what cults are, and how to avoid them. But in reality, many religious cults have diverted themselves from their previous “strange and sinister” image, and it is the seemingly innocuous ones that should be watched out for.

According to Ian Haworth, founder of the British organization Cult Information Centre, even the most strong-willed and educated people can be victims of cult brainwashing. Among these victims, international students are becoming an increasingly vulnerable target demographic for cult recruiters and leaders. Seb*, an international student who was once part of “Shincheonji”, a prominent religious cult in Melbourne, shared her experience with us. She revealed how easy it was to fall for the manipulation techniques of cult recruiting and how difficult it was to leave and reconnect with the world around her.

How an International student became part of a cult

Seb, a devoted Christian from the Philippines, came to Melbourne in 2014. She was in her second year of a computer science degree at the University of Melbourne when she met a new face at her regular Sunday church service. “He seemed like a nice and normal Christian guy, and everyone in the church knew him, so I didn’t think much when he asked for my contact details,” Seb said. Little did she know, her new friend was secretly a cult recruiter, who infiltrated his old church to scout new members.

Shincheonji, originating from South Korea and has gained a following of more than 120,000 worldwide, according to The Australian. In Melbourne and Sydney, members of Shincheonji are rapidly increasing, with new members recruited primarily from mainstream Christian churches and shopping centers, or from the international student communities at university campuses.

Seb was one of these new recruits, who had no idea what she was stepping into.

“I always thought cults were something so abnormal that only weird people would join. Never did I think that I was ever going to be part of one,” Seb expressed.

After a few invites from her new friend, Seb agreed to join him in a Bible seminar. Here, she noticed that the teaching was a bit harsher and sometimes off-putting when compared to what she was used to at her regular church. And even though their teaching was slightly radical, they always backed every statement up with a verse in the Bible, which, according to Seb, serves to “make you question your previous knowledge and beliefs as a Christian.”

After the seminar finished, Seb was asked to come again. She agreed out of courtesy.

As her attendance slowly became more frequent, the teachings gradually became more radical. “They wouldn’t teach me the very radical beliefs at first, but rather, they brought me in to this journey of accepting their teachings,” she remembers.

“Cult leaders often paint themselves as charismatic and knowledgeable, that they have the answers and I didn’t, so I needed to come back. They slowly convinced me that unless I know the real meaning behind every Bible verse, I was not a true follower of God. It made me feel ashamed, as I have been a devoted Christian for so long,” Seb continues. In an attempt to maintain her status as a true Christian, Seb kept coming back to these Bible seminars and was slowly convinced that their teachings were right and other churches were wrong. 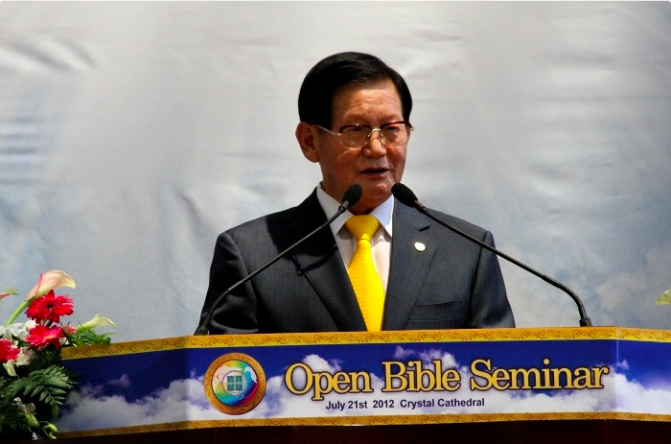 After three months, Seb was required by the leaders to take Bible verse tests regularly, as a tactic to reinforce members’ theological beliefs and absorption of their teaching. Another common cult tactic was the isolation of new members from their social circles. “Whenever new members share their new-found knowledge with their family or friends, they are often met with doubt, confusion or disregard. Shincheonji would then try to persuade them that other people or sources were wrong and that they should not continue sharing or listening to others,” Seb said.

Gradually, she closed herself off from all personal ties, as she felt other people could not understand or relate to her experience.

After five months, Seb and other devoted new members were brought upon the true identity of the organization. Her leader reintroduced the group as Shincheonji, and revealed that their God was Lee Man-hee, a Korean pastor who claimed to have everlasting life. New committed members were then told that when the next apocalypse comes, they would survive and gain eternal life, but only if they devote their lives to serving God.

At this stage, Seb, brainwashed and isolated, was in too deep to get out. She was required to abandon other priorities, including academics and her personal life, to focus solely on Shincheonji. Every day, Seb and others would either roaming Melbourne city to recruit new members or stick up posters until 4am. They were also required to constantly monitor new recruits by befriending new members and inviting them back to more seminars. For Seb, feeling chosen and special made all the trouble and suffering worth it.

“The group paints you as the only chosen people of God, and that everyone else are outsiders. It fed into our ego that we were special… and there was also a feeling of longing for a reward to come, so it was all worth the effort,” Seb said.

The leap of faith

After one year of Shincheonji, Seb had recruited plenty of new members, including her brother. But eventually, she became too exhausted to bring herself to the seminars, all the while feeling extremely guilty for her absence.

“After a few days away from the cult, I was feeling scared… that I would be punished and condemned. Gradually, I felt more depressed and found it extremely difficult to wake up to do anything,” Seb said.

After three weeks stuck at home, she contemplated committing suicide to escape God’s punishment. During dark times, Seb reached out to a friend in the Philippines, who tried to help by showing her articles and videos exposing the cult. “Eventually, I came to the conclusion that maybe it’s not best to blindly follow Shincheonji’s religion, and decided to take the leap of faith,” Seb said.

It took Seb more than six months to recover from her depression and paranoia. In the beginning, she started with setting and accomplishing small goals, such as getting out of bed or going for a short walk. Shortly after, she began exercising regularly in order to improve her physical and mental health. She also went to see a counselor, who helped provide her with strategies to move forward. Gradually, Seb regained her confidence and positive view of the world. She moved out of her old studio into a shared house, where she could make new friends and gained an enhanced sense of responsibility. Not only were things looking up socially but eventually, Seb also went back to studying and finished her university degree. She is now working as a full-time software developer in Melbourne. 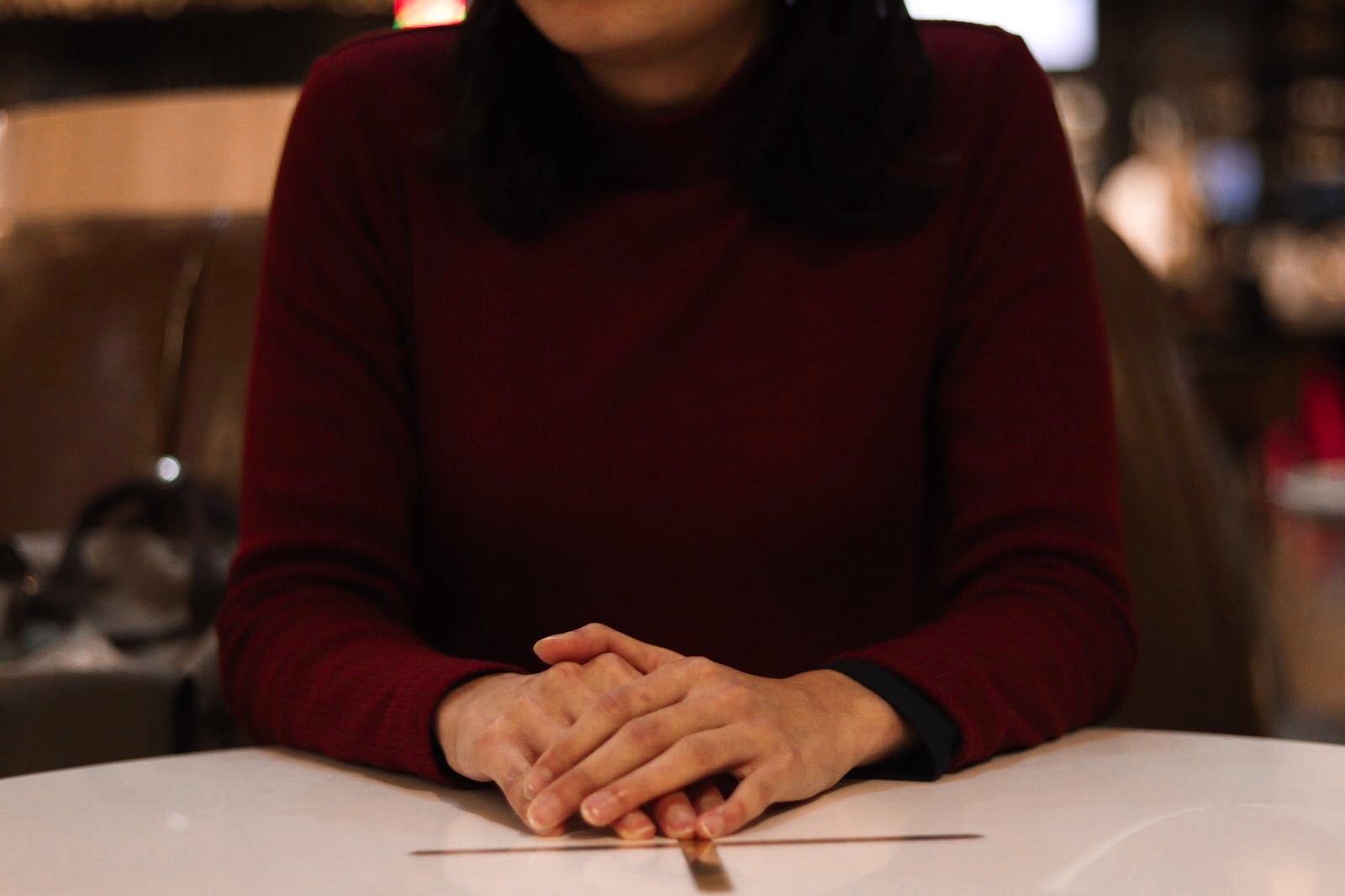 “They don’t have parents to question why they come home late or abandon their studies, so it’s easier for them to commit to the cult. In order to approach them, recruits often pretend to conduct social survey at popular student locations, such as Melbourne Central, RMIT University or other parts of the city.”

“Other recruitment tactics may involve organising social events or pretending to be social groups to invite random students into joining and befriending them. Recruiters often make sure to check students’ backgrounds, as well as their visa conditions to determine whether they can stay long enough in Australia to be converted,” Seb revealed.

According to the Director and Counselor of Cult Consulting Australia, Raphael Aron, “cults have the ability to cause their members to become withdrawn and distant from their families…They are physically absent but also emotionally absent, because their emotions are all directed inwards towards the group.”

“Essentially, international students are constantly seeking a sense of belonging in a foreign country and the cult takes advantage of that by providing them with a community of friends and like-minded people. New members are constantly checked up on by others in the cult, and they would meet up every week and eventually become close friends,” Seb explained.

She mentioned that for these new members, the surrounding environment can play a key factor in the process of manipulation, as people’s decisions are generally affected by those around them. For her, it was this form of pack mentality that led her into slowly accepting the cult’s teachings and demands.

Seb provided valuable advice for international students in spotting cult recruiters: “When people approach you to ask for surveys but they’re not writing anything down or being unclear about the name of their organisation, it’s a telltale sign. Students should be careful when giving their contact details to others, even if the person seems extremely nice.”

“This is tricky since international students are often keen to make new friends, but they should recognise the difference between someone who is genuinely friendly, or someone who is overly friendly and pushy in order to invite them to attend bible services”. According to her, students should become aware when their priorities are expected to be pushed aside.

“If people from a group are expecting you to abandon your studies, pursuits and personal life, or if they’re telling you to keep their teaching a secret from others, then that should be a clear sign that you’re being manipulated. It’s important for international students to always question what people are telling you, and not get persuaded due to pack mentality.”

Currently, resources for cult consulting services in Melbourne are scarce. Cult Consulting Australia is one of the few organisations that provide personal and family assistance to those affected by the cult phenomena. However, their website clarifies that it should only serve as for those who have been recently introduced to a cult and further professional help should be sought out for those heavily involved.

For Seb, the lack of specific cult counseling made the revelry process harder. Similarly, she advised international students to seek help from professional counselors or psychologists, who “will not only validate your effort in seeking help but also provide you with strategies and direction towards better mental health when transitioning out of a cult.”

Peter Daley, academic and cult blogger, stated that “Australian universities have a duty of care to educate students about the dangers of [Shincheonji], as many former members were recruited on their university campuses.”

Additionally, a spokesperson from the University of Melbourne expressed that they were not aware of the cult, but suggested that students who are involved should contact their Safer Community Program, which offers support to students who experience similar situations.

Seb summarises her journey as a difficult yet insightful learning process “The cult had erased all of my aspirations, but I built myself up and learned to enjoy other aspects of life again… Going through this whole cult journey has made me more understanding and respectful of people’s beliefs. It also taught me the importance of reaching out for help. If you can’t push yourself, someone else can give a helping hand. You don’t have to do it all by yourself.”

Students who are affected by cult phenomena or those who know someone who is can seek help and resources at Cult Consulting Australia. For mental health issues relating to cults, students can contact helplines such as Lifeline at 13 11 14, Beyondblue at 1300 22 4636, and Headspace at 1800 650 980.

For emergencies, students are urged to dial 000.