Covid-19 has left many international students in Australia struggling financially and emotionally.

Universities have started to discontinue/transition units online and students are forced to delay their graduations, discontinue or postpone their semester.

While this affects all students, international students face a particular challenge in being unable to extend their overseas stay, or unable to go back home due to the travel restrictions.

Many students who were working are also now unemployed or no longer receiving shifts.

Some of them rely on these shifts to pay for their tuition and living expenses here. 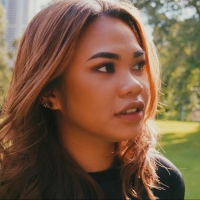 Bea Villarel, a commercial cookery student who arrived in Melbourne in February received her first shift at a hospitality job; but that would also be her last.

“I got hired March 12th, I was given my very first shift, and on that same [day]the manager called me and told me hey I’m so sorry but the government ordered a shutdown because of corona virus.”

Bae’s daily life now consists of checking job posts everyday and applying to anything she can do.

“Every single day I would just keep on sending, If I’m gonna get hired in any particular industry right now I would take it” she expressed.

“In the coming days, if I’m not still gonna get any work or job then I’m going to be in a state of emergency.”

Following this situation, students reached out to their universities to ask about their tuition changes. Online petitions and protests have raised voices that demand support from the government and universities to help with school fees. 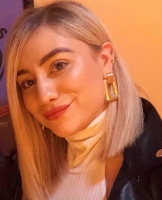 Lara Johnson, a student at Danford College was refused assistance with financial hardship after she lost her job and her ability to pay tuition fees.

“I’ve rang them and emailed them countless times and they simply just tell me I either pay, cancel or defer,” she said.

“But if I defer for 3 months that means I can’t work, because the visa doesn’t allow it if you’re not studying. So that’s not an option as I’ll be in the same position I am now in 3 months time.”

In her final year of studying leadership and management, Ms Johnson is now at risk  of losing her enrolment if she does not pay.

“They extended the term, and said online class will commence on the 27th April. I haven’t been taught since the first of March.”

“I feel like it all happened overnight. Everything was going well for me in terms of getting a new job and getting my finances back on track. I didn’t think we would be left stranded in a situation like this,” she added.

Many students are at the mercy of their universities to receive financial and well being support.

Meld Magazine has reached out to several Victorian Universities including RMIT, Melbourne University, Monash University, La Trobe and they currently have no plans of reducing tuition fees, but are offering financial supports to students for essential living expenses.

Ms Villarel, like many other international students, is determined to get a job to continue staying in Australia.

“Even though going out is risky, you can’t really wait because living in Melbourne is pretty expensive,“ she explained.

“I can’t just wait for the government to do something, because we’re international students and i think that’s like the least of their priority right now.”

SBS News revealed chains such as Woolworths, Coles and Dominos are increasing hiring numbers as demands surged and international nursing students are now working full time to support demands in the healthcare sector.

Food delivery services such as UberEats, Deliveroo and EASI are an example of jobs that many international students currently do.

Chai Kalavalapalli, who’s studying at James Cook University, spoke to ABC News that he has been working as an UberEats delivery driver because he couldn’t receive support from his family in India.

“India is completely locked down, from last week there was a surge in cases in my place and the state government has put strict rules, even for supermarkets, all the banks and everything has been closed,” he said.

“We can’t ask our home country government to help us because we are in their situation.”

Last month,  international students were given extended working hours to support major supply chains. But the government will revert the change on the 1st of May, with exception to those who work in aged care or as nurses.

“I understand the need to put residents first completely, but considering we contribute such a ridiculous amount to Australia’s economy, and pay excessive amounts of tax, I feel like we should be regarded like we’re of importance.”

International students are not eligible for the JobKeeper stimulus package that Prime Minister Scott Morrison announced at the end of march which has left many without any financial support as they lose their source of income.

Instead the government has allowed international students and temporary visa workers access to their superannuation funds for support. They are also eligible to apply for the JobSeeker service.

Lord Mayor Sally Capp and the City of Melbourne have called for the government to create a hardship fund for international students.

“Every year, Melbourne welcomes thousands of international students with open arms. They’re an incredibly important part of our city, not only because of their significant economic contribution to our city, but as valued members of our community,” the Lord Mayor said.

“Many international students play important roles at the front line of the fight against COVID-19, as researchers, student nurses, intern doctors, volunteers in hospitals and other health service providers.”

“We need to recognise their contribution to our community by showing that we are a city that cares and still supports them, even when times are tough,” she states.

The Australian Bureau of Statistics (ABS) showed that in 2018 international students contributed more than $30 billion to Australian economy and is the number one revenue source for Victoria according to the Premiere of Victoria.

Despite this, many international students are disappointed by the treatment they’ve received during this pandemic.

Wanting to keep everyone’s spirits up, Ms Johnson shares some words of encouragement to the community.

“We’re all in this together! Keep fighting. You belong here.”

On 29 April 2020, the Victorian Government announced a $45 million fund to support international students in Victoria facing hardship as a result of the coronavirus (COVID-19) pandemic. The fund is being delivered in partnership with Victoria’s tertiary education providers. Head to StudyMelbourne to learn more

If you need any help and questions send us a message at meld@meldmagazine.com.au or contact your respective state’s Study Australia Partners.