The Burmese international student community in Australia was shocked by the military coup that happened on the first day of February.

How do you feel when there is a coup d’etat happening in your home country? For a lot of Burmese migrants and international students living here, shock explains only a fraction of the emotions and thoughts running through their head.

It has been over a month since the military takeover of Myanmar’s parliament. The arrest of key characters such as Aung San Suu Kyi and President Win Mying, the one year state of emergency, the curfew, and the internet shutdown. According to BBC News, the coup was initiated by Min Aung Hlaing, the military leader, before the parliament had a chance to start the new democratic-led government after the victorious election in November last year.

“I saw it on Facebook, someone had shared the news from CNA [Channel News Asia] and all of social media [after it happened],” said Harrison Moe, a Burmese international student studying at Monash University.

He felt shock and anger, like all of his fellow Burmese friends. This isn’t the first time the military exercised unlawful power. 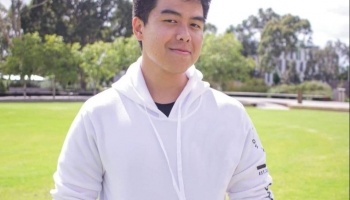 “But it’s worse, because it happened in the midst of us transitioning into a really democratic country.”

“this situation is a serious blow to our country’s peace, safety & democracy,” Harrison said.

Moments after the siege, communication networks and internet access in Myanmar was cut off, preventing students from reaching out to their families back home.

Harrison recalled that the internet was shut down for around 24 hours, preventing any information from reaching outside the country. Now, according to AlJazeera, the internet blackout is imposed nightly with Facebook, Twitter, and Instagram blocked indefinitely in an alleged attempt to suppress protesters.

International Student Response to the Coup

Myanmar student organizations all over Australia created a joint statement on the 6th of February condemning the military action and demanding the detained leaders to be released.

“The people in Myanmar have been repressed and suffered under the military dictatorship for decades… The military has unlawfully exercised its power while neglecting the health and socioeconomic concerns of the people.”

The same day, hundreds of Myanmar locals and international students in Melbourne gathered at Federation Square to voice their protest and ask for the government’s support.

Myanmar Students Association Australia (MSAA), which Harrison is a part of, also created a Gofundme to help support people in Myanmar who joined the Civil Disobedience Movement (CDM) in the country. They have gathered over $22,000 AUD after just two weeks.

Though many international students praise and continue advocating for the fight against the military takeover, coping with the situation while being far away from home hasn’t been easy.

“We don’t know what’s going to happen to our country, there’s panic instill in us, what’s gonna happen to most of our families and friends [back home] because it’s a whole country thing, and not just one city,” Harrison expressed.

“What I have talked about is the surface but we also grieve for those peaceful protesters who were killed like ‘Mya Thwe Thwe Khaing’ and more,” he added.

Furthermore, some international students are having a hard time with tuition fees. Many workers in the health sector and banks joined the CDM, refusing to work for the military’s government and voicing their protest.

This resulted in delayed services for parents who wanted to send money to Burmese students in Australia.

“They [international students] are just trying to find part-time jobs just to live out their basic needs, but tuition fee is a big problem right now,” he continued.

It’s important for us to give our fellow Burmese friends support during this time.

The University of Melbourne Myanmar Student Association (UMSA) successfully requested the school to extend the tuition deadline and waive the administrative fee.

MSAA released an appeal earlier this week requesting other universities and institutions to also extend the census date and give consideration to Myanmar students doing remote learning that have been affected by the internet blackout.

Harrison encouraged more students to voice their concerns and opinions, and for non-Burmese students to give support, especially for mental health, to their friends.

“We are actually quite strong. This incident isn’t the first time. Every country deserves a legal and lawful democracy system, and for the good of its citizens. We’re all fighting back. As a Burmese community, we have each other.”

If you are feeling down or you know someone who is, you can seek help through the following hotlines: